Ever wonder what authors would do in the case of a zombie apocalypse? For the next several weeks, I’ll be posting the answers to that question on my blog…

This week, author Eileen Cook weighs in on her zombie apocalypse survival plan.

What is your best skill in the case of a zombie apocalypse?
This is a difficult question to answer. Right off the bat I know my biggest downside- an active imagination. I’m the MASTER at imagining the worst case scenario, which means I would be picturing zombies popping out of every possible dark corner. I would be that person who was always screaming: “ACK Over there! Over there!”  and then once everyone ran over and realized there was nothing but a shadow would start to ignore me, or leave me behind because my constant screaming was both annoying and attracted the wrong kind of attention.
The one useful skill that I could bring is that I can knit. In most zombie shows I can’t help but notice everyone’s clothes look pretty shabby. Not that being fashionable is the most important thing when attempting to outrun the un-dead, but you don’t need to look bad either. Plus, I can make socks. If you spend a lot of time running you’re going to want comfy socks. And, not to freak anyone out, but knitting needles are big giant pointy sticks. I’ve never tried this on purpose, if you stabbed a zombie with one, it would hurt and into the eye would be a sure fire way to kill one. I have managed to stab myself (granted never through the eye) by accident and I can vouch it doesn’t feel great. 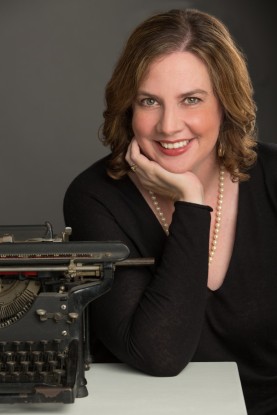 Eileen Cook is a multi-published author with her novels appearing in eight languages. Her books have been optioned for film and TV. She spent most of her teen years wishing she were someone else or somewhere else, which is great training for a writer. Her newest book, THE HANGING GIRL, came out in October 2017. She’s an instructor/mentor with the Simon Fraser University Writer’s Studio Program.

Eileen lives in Vancouver with her husband and two very naughty dogs and no longer wishes to be anyone or anywhere else.