Ever wonder what authors would do in the case of a zombie apocalypse? For the next several weeks, I’ll be posting the answers to that question on my blog…

What is my best skill in the case of a zombie apocalypse?

I’ve thought long and hard about this, and have tried to imagine what I would do if I was dropped into a scenario of such apocalyptic proportions. It made me think of all the adventures I’ve had that might be comparable. Such an exercise made me realize that I’ve explored a lot of places to do with the dead.

See, when I was a kid I had visions of walking in the footsteps of such intrepid explorers as Indiana Jones, Tintin, or Stryder. I wanted to visit as many tombs, crypts, dungeons, and catacombs as possible.

The good news? I’ve made that happen!

The bad news? Turns out I’m clumsy and claustrophobic. Not exactly the best fit for a world explorer—or survivor of the zombie apocalypse.

There was the time I visited the ancient temple of Kom Ombo in Egypt. Located on the banks of the Nile, it includes a section dedicated to Sobek, the crocodile god. There were many crocodile mummies here—so, if you think about it, I’ve actually encountered what is the closest thing to a real zombie. Unfortunately, it was at Kom Ombo where I fell into a giant hole up to my neck. 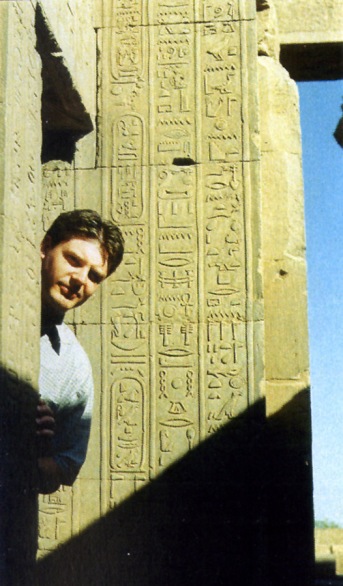 APOCALYPSE PREDICTION: If we actually set a trap to capture zombies, I’m pretty sure I’m going to be the one who plunges into it.

Another time, I was visiting the ancient temple complex of Tikal in Guatemala. You’d recognize these temples from the very first Star Wars movie ever made—they filmed the exterior of the Rebel Base here. They are also the biggest Mayan ruins in Central America, where different rituals and sacrifices were performed. Surely spirits inhabit this place—but, undaunted, I traipsed up incredibly steep staircases, the kind with narrow ledges and no railings and made it to the top of one of the temples where I watched an incredibly gorgeous sunset over the junglescape. The problem was that on the short trek back to our cabin, I got separated from my companions and became lost in the jungle. Howler monkeys screeched at my shoulders and shadows clutched at the meager path before me. Then a giant jaguarundi bounded out of the foliage, right across my way. 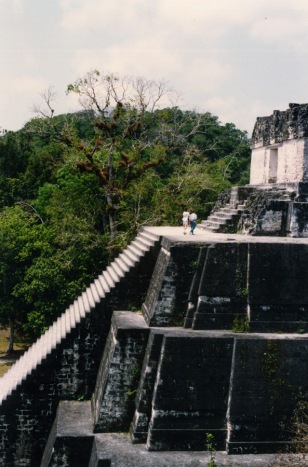 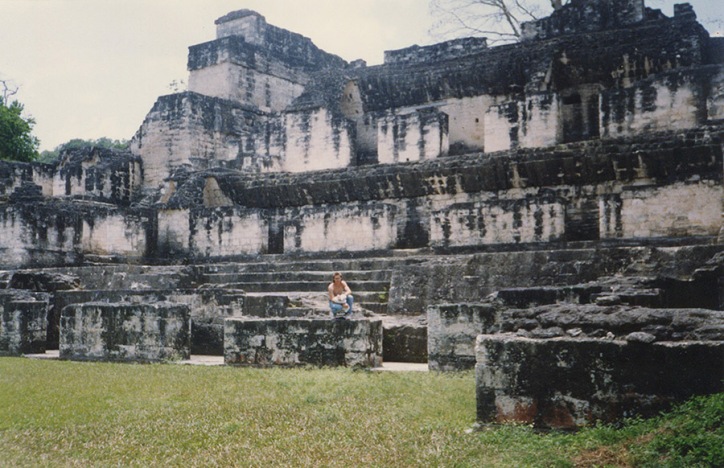 APOCALYPSE PREDICTION: If we have to hide from zombies in the wilderness then I’m probably not going to make it. The zombies will find me wandering around, alone and disorientated.

The final episode I want to discuss happened during my honeymoon. My wife and I decided to go to the city of love and romance: Paris. There are many romantic sites in Paris, but one of the first things we did was descend into the underground tunnels known as the catacombs. It’s here where you can see countless bones and skulls, testament to the long and often inglorious history of the city.

I could have easily got lost down there, but we had a guide, so I managed to stay with the group. There we were, creeping through the catacombs, absorbing the eerie atmosphere, when suddenly an alarm began to blare from my coat pocket, right in the middle of one of our guide’s spooky stories. Everyone turned and looked at me and I suddenly became that guy who can’t even turn off his cell phone when he’s on an incredibly cool tour a league beneath the crust of the earth.

I should mention here that I don’t even OWN a cellphone. It was my iPod and no one can call or text me through it. It’s just that I had set my alarm for a different time zone, and now it was shrilling. 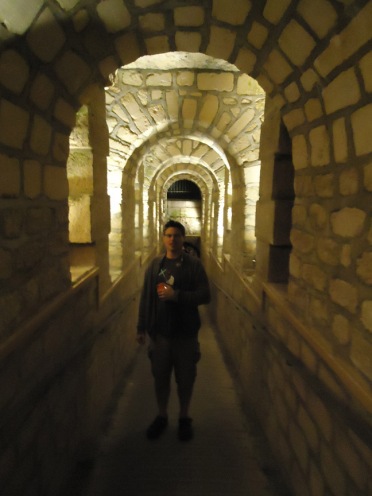 APOCALYPSE PREDICTION: It wouldn’t be hard to imagine myself and a group of apocalypse survivors hiding in the root cellar, trying to avoid detection when, at the most inopportune moment, I knock over something or set off some sort of bell to alert the zombies to our location.

. . . So, what is my best skill in case of the zombie apocalypse? I hate to admit it, but probably a decoy. When you think about it, that’s what I do for a living anyway. I tell stories and provide distraction. During the zombie apocalypse, I imagine it would be quite the same. 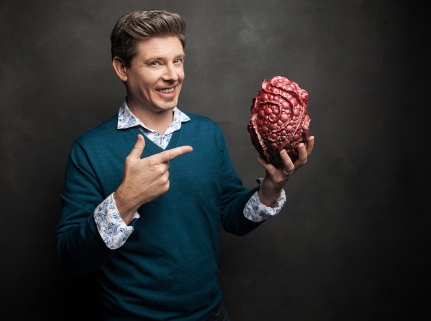 Lee Edward Födi is an author, illustrator, and educator—or, as he likes to think of himself, a professional daydreamer. He is the author of several books for children, including The Chronicles of Kendra Kandlestar and The Secret of Zoone, which is coming out with HarperCollins in 2019. In his free time, he’s a traveller, adventurer, and maker of dragon eggs. He especially loves to visit exotic places where he can lose himself in tombs, mazes, castles, and crypts. He lives in Vancouver with his wife and unhelpful cat.