For those of you who follow my blog, you may recall that last Christmas I had to say farewell to my 17-year-old shih tzu, Conan. I adopted him when I was 28 and he was with me for what had seemed my entire life. It was not an easy adjustment.

At first I thought saying goodbye to a beloved pet was something I could never do again, and then I thought I’d wait a year to spend some time on my own, and then I realized that for the first time in my adult life I was actually lonely. I’ve spent most of my adult life alone, but I had never before experienced loneliness.

I took to Petfinder.com and started looking at dogs. The first one I applied for I never heard back from the agency, and then a couple weeks later the dog was adopted. My assumption is that the foster family chose to keep the dog, as that particular agency had a “foster to adopt” program.

The second dog was named “Grinfinn,” and later on I would learn that it was just a misspelling of the name “Griffin.” He was a six-year-old Pekingese (possibly crossed with a Japanese Chin) and had come here from Taiwan. The write up claimed he was relaxed, good with people and pets, and house trained. So I applied. 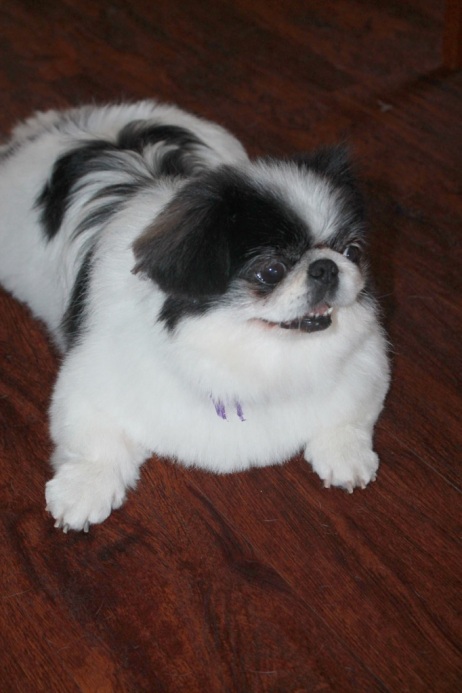 After the initial application, there was a phone interview. After the interview, there was a home inspection where I got to meet Grinfinn (yes, I kept the misspelled name). He seemed like the perfect match, so I told them I wanted him. And they wanted me to have him. Most importantly, it really seemed like Grinfinn wanted to have me. It was ideal. 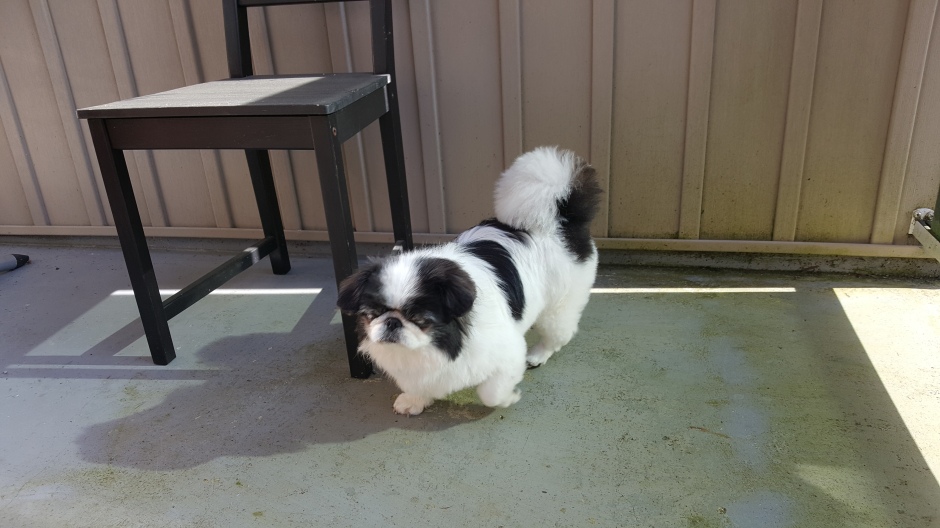 It would be easy to make the claim that Grinfinn came into my home and all was bliss. But just in case you ever consider getting a shelter dog, I feel it’s important that you know bliss comes with patience and hard work.

1. Stress On the Dog

The first night Grinfinn was stressed. He made loud grunting noises, and he would sit near me but not with me. He was still excited about walks, but he really wasn’t sure what to make of all that was happening. I think in his mind he wondered when he was going home.

I slept on the couch because Grinfinn wanted to wander the apartment all night. He finally fell asleep around 3 or 4 am, and he snored LOUDLY. He sounded like a 500 lbs human snoring. This was less the second night, and by the third night he was sleeping in a bed of his own beside mine. (His legs are so short I’m worried about having him on my bed just yet in case he jumps off.)

He didn’t eat the first day. He was energetic and seemed to be adjusting, but he turned up his nose to his dinner and to treats. I had some of his old food that he was familiar with, but he was just not interested. The second day I made him an egg, and he ate it. The third day I made another egg and mixed it with his food. He ate all of it. Today, I mixed a little bit of egg with his food and he ate all his food with no fuss. Eventually, he’ll just eat his own food–or maybe it’ll be a bit of egg all the time. We’ll see.

I bought him a toy that he had no interest in. I kept it on the floor, and figured when he was ready he’d let me know. Today, he took the toy in his mouth and brought it to me. He was ready! 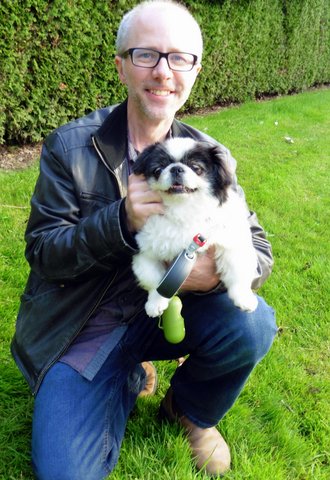 He and I are adjusting well, and Grinfinn is starting to show signs of really taking to his new environment. I’m on holidays, so all my time so far has been hanging out with him at home and taking him on walks. He even has his own Instagram where you can see his adventures!

It is all bliss having Grinfinn as my companion in the sense that we love going for walks together. People love meeting him, and he’s making a lot of new friends.

We have a whole lifetime together to adjust to the rest of it, and as I wrote earlier we will — with patience. For now, I’ll leave you with a couple more photos. And a theme song. 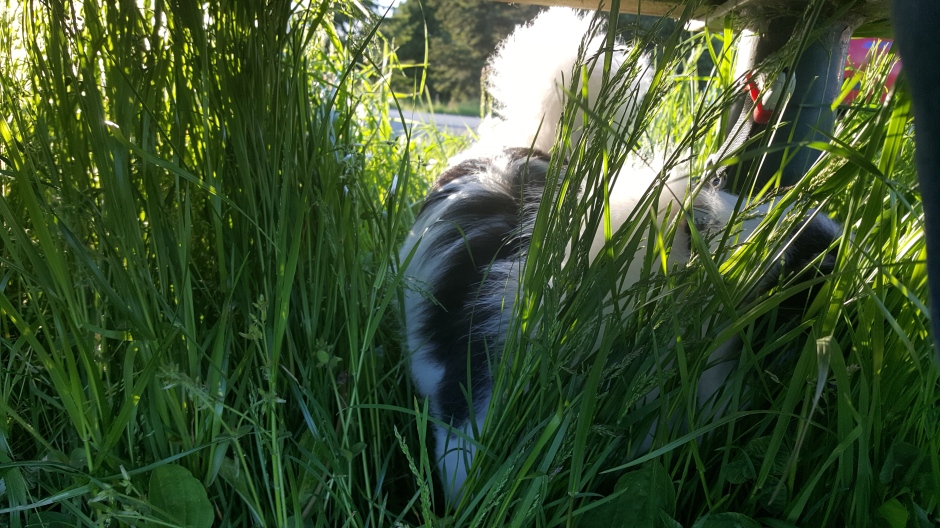 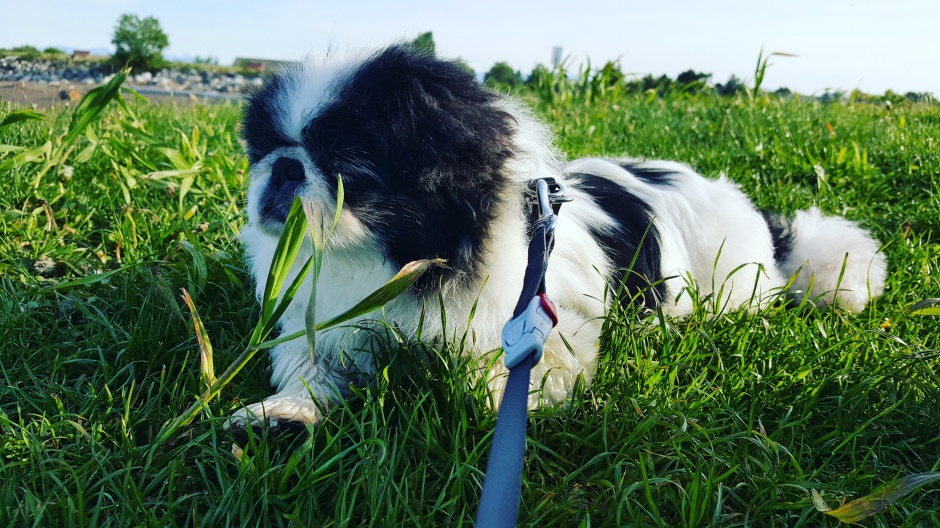 3 thoughts on “James in his Jeep Getting Java — and Grinfinn the Pekingese!”