Hmmmmm, Earth Hour. How can I not blog about this worldwide event?

I’ll admit outright that I did not participate in it. It wasn’t out of protest, nor was it because I wanted to trash the efforts of the well-meaning, but because I just don’t see it having long-lasting effects. This seemed to me to be one of those tiny moments people take out of their lives to feel good, and then go on back to their consumption lifestyle as though nothing has changed. 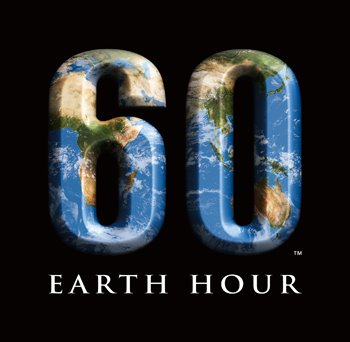 (Once upon a time I even joined a car co-op, and took the bus or skytrain as many places as possible. A year ago, however, that stopped as I needed a vehicle to get to my classes and, I’ll be honest, I was sick of the lack of customer service I experienced on busses. I don’t pay anyone to verbally abuse me with their bad attitudes – we all have hard jobs.)

As for plane travel, well, David Suzuki takes more planes in a year than I’ll take in my lifetime. So on that one, I figure I’m doing well. All in all, if it had been called, “Earth Lifetime,” I probably would have paid more attention to it. “Earth Lifetime – Starting With This One Hour.” Yeah, I like that.

What really hit home for me was when I read a blog from a young teen (it was a private blog so I’ll respect his privacy and not repost it here) who commented that, while he believed in the idea of Earth Hour, he didn’t see the long-lasting possibilities that it might have. He likened it to the 30-hour famine, which is an event that participants think about for 30 hours and then promptly forget.

What he said that I really appreciated was how the media pays more attention to Bono than they did to Mother Teresa. Unlike Mother Teresa, Bono is doing what he does for the environment while still staying a millionaire. He also commented on the line of “green” products, and how companies sell their products with the promise of donating to a good cause. “Wear our product and show everyone how you help this cause!” We’ve become a society that doesn’t give anything up without getting something in return.

“But Earth Hour, I got nothing in return for that,” you say? I think we all did. When we do good for the world, or someone else, while patting ourselves on the back and congratulating the good job we did, we have found our reward. Perhaps next year we’ll see “Earth Hour Parties”, where large groups of people get together to celebrate each other’s attempt to save the world. It will become a fad, an “in thing” and the message will be lost.

I know I’m being a cynic, and you may think I’m being one without actually offering any solutions, but I am offering at least one solution. Practice Earth Lifetime. Turn off your lights when you don’t need them. Walk when you can, and leave the car (and the bus) for another day. Recycle because it’s the right thing to do. Say no to plastic bags. And when you see some celebrity on TV talking about what they are doing to save the environment, turn off the TV and read a book. When you finish that book, pass it on to someone else (or donate it to a library).

I hope I’m wrong. I do hope that Earth Hour will create a buzz that has long-lasting effects. I hope that people’s lives are transformed by that one hour in the dark, because I do believe that when we sit in silence we can have epiphanies. I’d love to hear your stories, positive or negative, of how Earth Hour affected you.